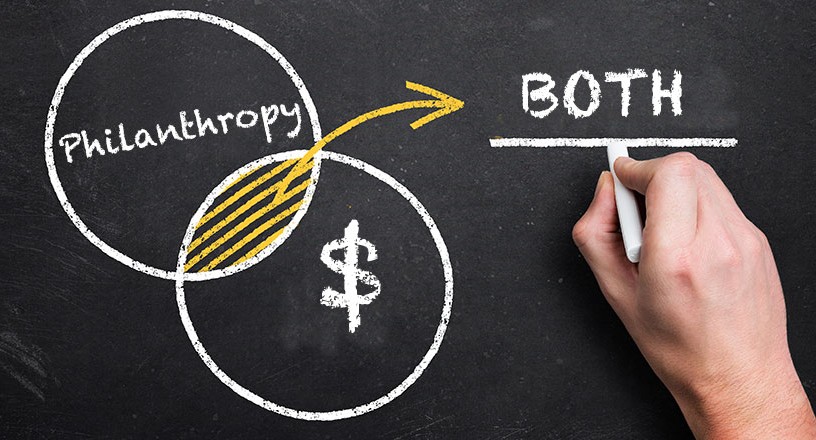 And while fintech does not yet have enough cachet to claim its own “sector” in standard calculations, impact investing's foray into financial services (excluding microfinance) signals fintech’s growing popularity: in both 2016 and 2017, this sector accounted for 10 percent of the assets under management deployed in impact investing and was the fourth largest sector overall. Just one year later, financial services (again, excluding microfinance) is now the largest sector with 19 percent of all assets under management. 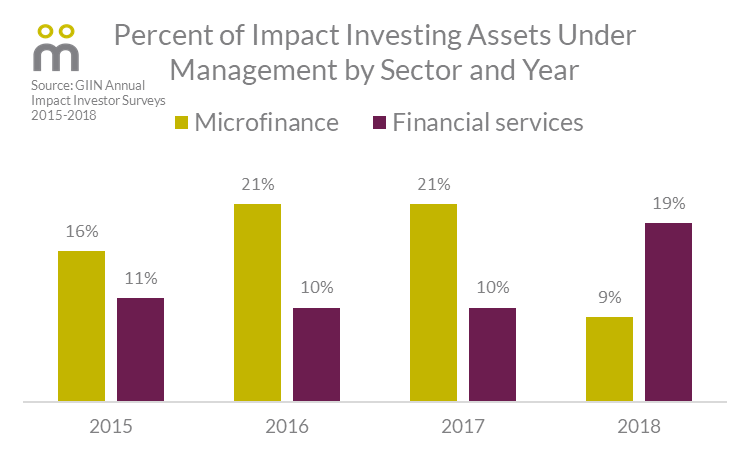 No Lines In The Sand

As previously stated, Impact investing considers social and environmental factors in addition to a financial return. Investors diversify portfolios across a broad range of industries and asset classes which could 'tap-in' banks, wealth managers, family foundations, development finance institutions and more. It could manifest as a retail investor purchasing shares of Safaricom Plc (SCOM.NR) due to his conviction that the share price will rise and that the company’s M-PESA mobile money service enables financial inclusion. Or, it could manifest as a private equity firm buying, and later selling at a profit, a sizeable stake in BIMA, a mobile insurance company specialized in emerging economies. Both are impact investing, both are fintech.

And it’s precisely that expansive range of possibilities that renders it difficult to nail down the pesky little word known as impact. After all, not all fintech is “good” (billions in crypto fraud and theft, for example), and the measurement of impact is scantily standardized (either cross or in-industry), so the word itself is worth only the word of its definer.

Impact investing in financial technology emerged as an extension of the broader trend of investing in financial inclusion. The provision of small loans to the poor to float micro-businesses rose in popularity in the early 1990s and 2000s for a reason more substantial than it's feel good charity: it’s good business. As a Guardian journalist put it, microfinance “seemed to offer a private-sector, market-driven model of poverty reduction.” However, as microfinance institutions leaned more intensely into private-sector impulses, some lenders seemed to more acutely resemble loan sharks than actors in the war on poverty, sullying its image. Between government intervention in India, along with other meltdowns in Pakistan, Morocco, and Nicaragua, microfinance began to lose the luster of its success in the 2000s as the millennium wore on.

The negative attention of the late 2000s helped onset a detox for the industry, and regulation was introduced to temper the worst parts of microfinance. As the dust settled, the industry calmed and matured. High-growth opportunities now had to be found elsewhere. Moreover, microfinance has, in general, only addressed the issue of credit, with limited expansion into insurance, savings, remittances, salaries, bill payments, and more; it is not the panacea for poverty that initial backers promised. Instead two niches of fintech (mobile money and SME finance) have come to capture the hearts and pockets of impact investors.

As previously explored by Mondato, the macroeconomic benefits (i.e. impact) of mobile money simplify into two categories: access and productivity. As formal access to financial services widens, the opportunity for entrepreneurship, whether at the individual or firm level, should multiply by virtue of expanded credit, micro-payments and supply-chain financing. This is compounded by gains in productivity: as mobile money digitizes tasks, implementation times shorten. With these two tracks of mobile money combined, impact investors receive a 'bang for their buck' in terms of efficiency on their own invested dollars.

The question of financial return is trickier. Mobile money needs scale to succeed. A McKinsey report concluded that mobile money providers only break even at around USD$2-3 billion in annual transactions, and that's in light of significant fixed costs, barriers to entry and impediments to critical mass. Therefore, mobile money ecosystems tend to be dominated by a few large players.

Due to these structural realities, the mobile money industry may be better suited to the sights of private equity rather than venture capitalists. The private equity company responsAbility had enough cash to acquire a minority stake in Egyptian mobile payment platform Fawry. Egypt's market, however, might be the exception rather than the rule, blessed as it is with high mobile phone penetration but low mobile money adoption (ergo, no monopolies).

Taking on mobile money incumbents is hardly an impossible feat, however. According to Pat Wilson, a Principal at the fintech venture capital fund Route 66 Ventures and former Vice President of the Accion-seeded impact venture fund Quona Capital, the strengths inherent in a formidable mobile money operator also give way to its Achille's heel. While it may hold enough market sway to build a network effect, the sheer size tends to erode its touch with each customer. Zoona, a Zambian remittance firm, beat out MTN and Airtel’s peer-to-peer transfer systems simply due to Zoona’s reliability and consistently superior customer service.

Impact investors stand to leave a mark both by investing in fintechs that provide software (or a platform) related to loan origination, underwriting, disbursement, monitoring and collection for SMEs, or by utilizing financial technology to directly invest in impactful SMEs. Unlike mobile money, this is a path appropriate even for retail investors, with companies like Rabble allowing socially-motivated startups to crowdfund from investors who purchase equity or debt securities. 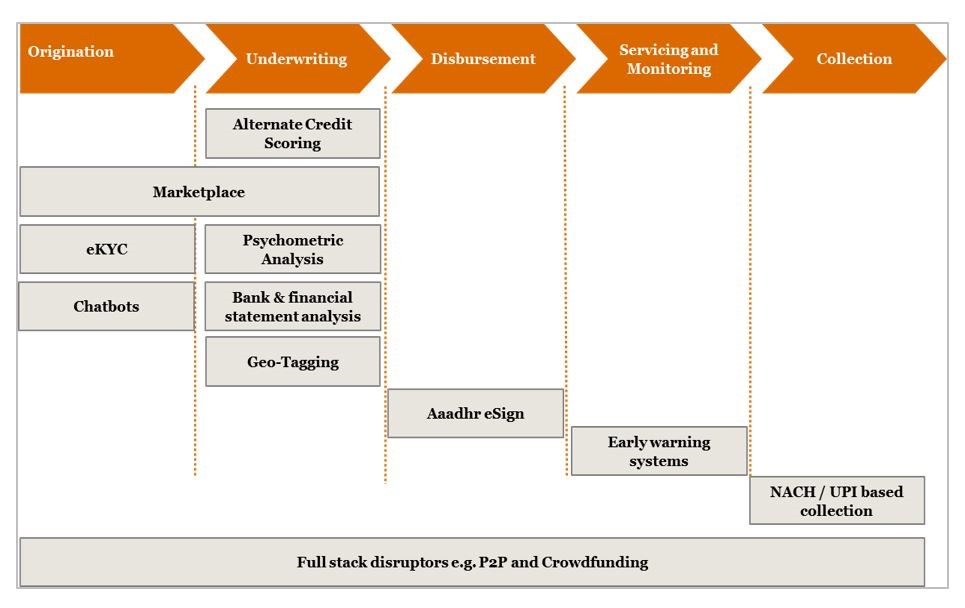 Some SME finance lenders may provide similar services to the microfinance institutions now past their prime, but the technological component of fintech fundamentally changes its reach. Between more granular data (which informs better decision making to more candidates) and decentralized, trust-less ledgers to bridge the supply chain credit gap faced by SMEs who are often parting with their product in good faith, the next frontier of SME finance far exceeds that which is currently possible by microfinance.


Infrastructure uniquely underpins the potential of fintech, and Mobile Network Operators are key to scale. While traditional financial inclusion investments still require infrastructural inputs (like physical branches and employees), fintech applications instead incorporate more remote (and internet facilitated) features. Mr. Wilson contended that many investors and companies not accustom to working in developing markets drastically underweight the friction caused by poor infrastructure. He cited the example of an East African company that developed a solar panel productized for an everyday consumer, but when first released, was financially out of reach for the average family. It wasn’t until later innovations in mobile money and pay-as-go financing were interwoven that the average African could afford the US$100 panel. The company subsequently became one of the largest solar companies in the region.

Disentangling and grasping the underlying forces of a region, like infrastructure, is perhaps more crucial to impact investors than to regular investors. Durreen Shahnaz, Founder and CEO of IIX, an organization that has supported investors and enterprises in impact investing for over a decade, pointed out that, in contrast to investors that have no 'skin in the game' if their successful investment collapses two days after they pull their money, impact investing is much more focused on the long term:

IX looks not only at innovative solutions that may bring greater financial inclusion, but also the long-term sustainability of those solutions in achieving the UN Sustainability Development Goals. For this reason, impact investors must first focus on fundamental social and environmental needs, and then see if there is a role for technology to play in solving those challenges.Durreen Shahnaz, Founder and CEO of IIX

Unbridled eagerness on the part of fintechs without proper due diligence, however, could be a recipe for disaster. Ameya Upadhyay, a Principal at Omidyar Network, emphasized that while there are obvious opportunities for fintech startup-mobile network operator partnerships, fintechs must approach such opportunities mindfully. The sales cycles of MNOs often outlive fintech startups’ cash flows, and the difference in size and influence gives the MNO leverage (even entrepreneurs just cinching a meeting with MNO decision makers is difficult). If fintechs can understand the contingencies of such partnerships, Mr. Upadhyay sees potential for very productive innovation.

While phases come and go, 'digital finance for good' in the form of fintech could stick around. In 2016, McKinsey analysts found the top issue that could make impact investing go mainstream is “proven and self-sustaining economics.” Fintech could act as that bridge. Even at a university level, there is a divide between “the NGO types” and “the finance types”—those who want to make a difference are separate from those who want to make money.

In impact investing, it’s easy to see where the common misconception that impact necessarily sacrifices return comes from: housing, food, healthcare, and education are common sectors for impact investors, but do not initially sound like “profitable” industries. Mr. Wilson's background was that of traditional hedge fund, private equity, and investment banking work, and it took time for him to re-frame his thought process from “returns, returns, returns” to returns as an aspect of a complex ecosystem of bottom-line and social impact. It is a somewhat unnatural mental transition, but a new overlap between impact-makers, financiers and techies through fintech is being forged.

The Impact Investing Network Map, an ambitious project by the Case Foundation, ImpactSpace, and Crunchbase, details the monetary (or otherwise) connections between 3,000 investors and 6,000 cash-infused companies. The Map collected information on the impact objectives of both groups, and Mondato’s analysis of the data found that while there are significant objective differences across each group’s three most common objectives, the most significant difference across all twenty-six objectives was in financial inclusion: financial inclusion was the top objective for investors by far, accounting for 20 percent of all responses. For companies, financial inclusion was in a distant 13th place for top priorities, representing just 4 percent of responses. The capital is already there, it’s now time for innovation to catch up.

In emerging markets, impact-seeking capital has been ahead some of the innovations in fintech. To use an often repeated example, M-Pesa started as a pilot funded by DFID. Similarly, many of the frontier market pioneers in alternative credit assessment, consumer credit, MSME credit, and micro-insurance were backed by impact investors early in their journey.Ameya Upadhyay, Principal at Omidyar Network

Impact investing will eventually follow the rules of supply and demand: if there is an excess demand for investment products that focus on financial inclusion, companies will innovate to respond with supply. Expect to see this growth in fintech for financial inclusion disproportionately focused on Africa, as data from ImpactSpace shows that 45 percent of financial services-focused funds are based in Africa, compared to 38 percent for all investors. 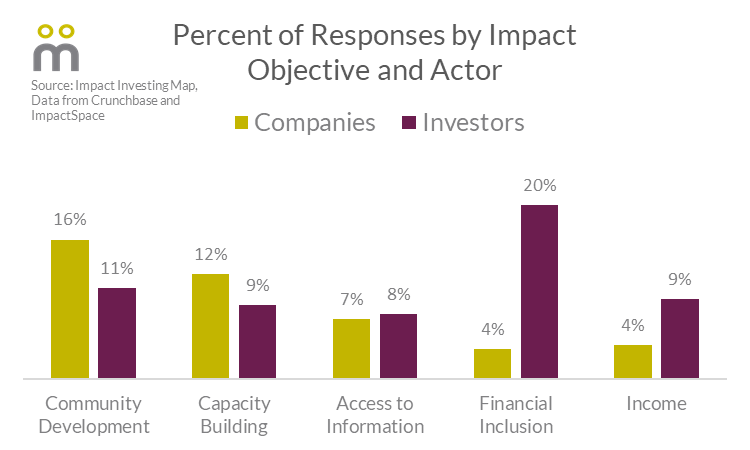 As the tide of impact investing rises closer to the beach of the mainstream financial industry, investors may realize that some of their top fintech buys also happen to be doing good for the world. It is time to adapt to that rising tide.

Digital Credit Is Easy, But Is It Too Easy?

Are Some Markets Immune To The X-Pays' Advance?