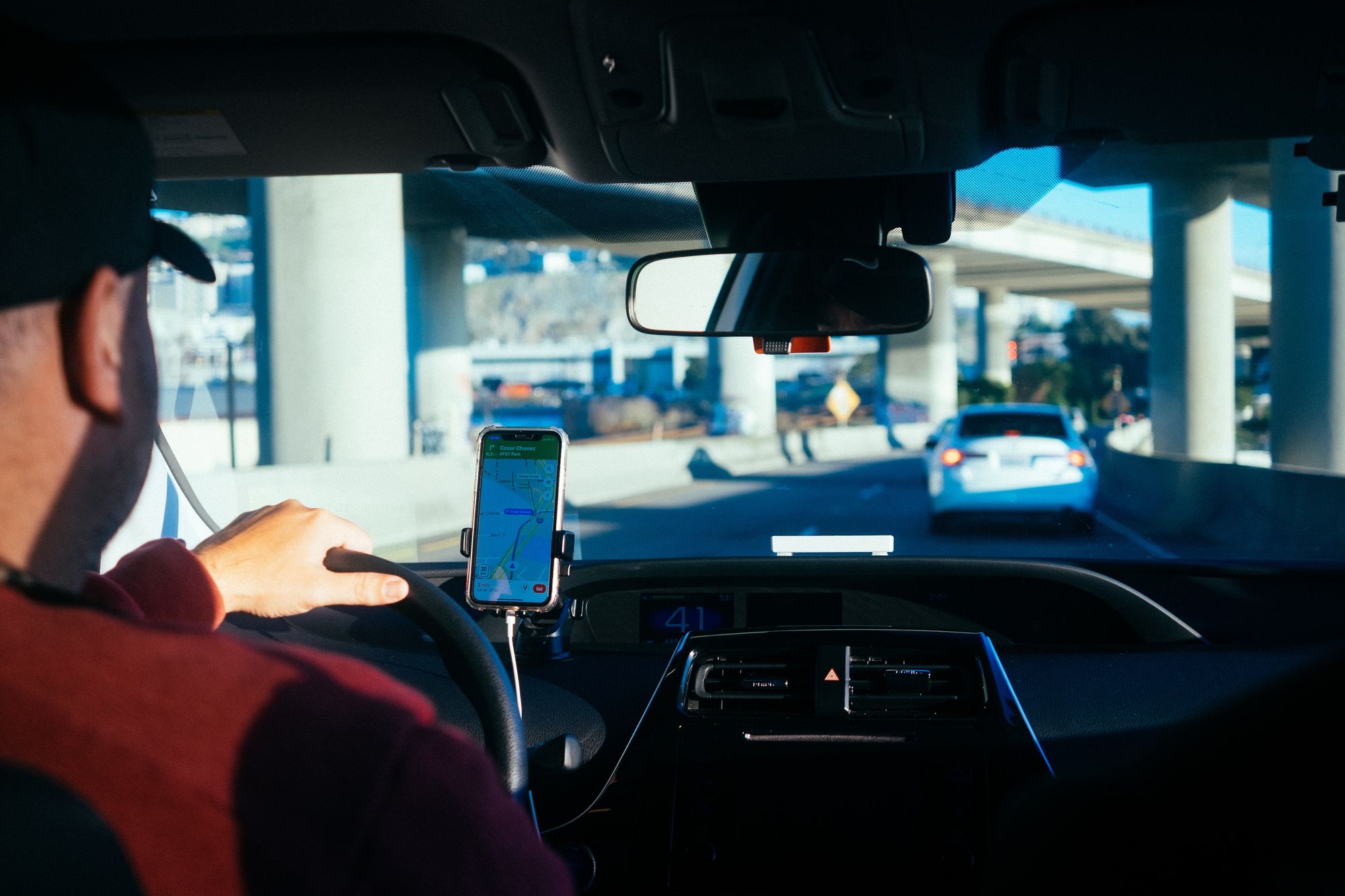 The ride-hailing industry in Sub-Saharan Africa has formed strategic partnerships with alternative financing providers vying to serve the largely underserved informal sector many drivers reside in. Amid rising costs of living, however, reports from drivers on their finances, increasingly, are dire. Does alternative financing for drivers, as currently constructed, truly serve the driver? Or is transparency and reform — or even a radically different approach to financing and how drivers view ownership itself — necessary to enable better outcomes among ride-hailing drivers?

Vehicle ownership across Africa has remained stubbornly low compared to the rest of the world. Only a select few countries have recorded ownership levels higher than or on par with the global average. 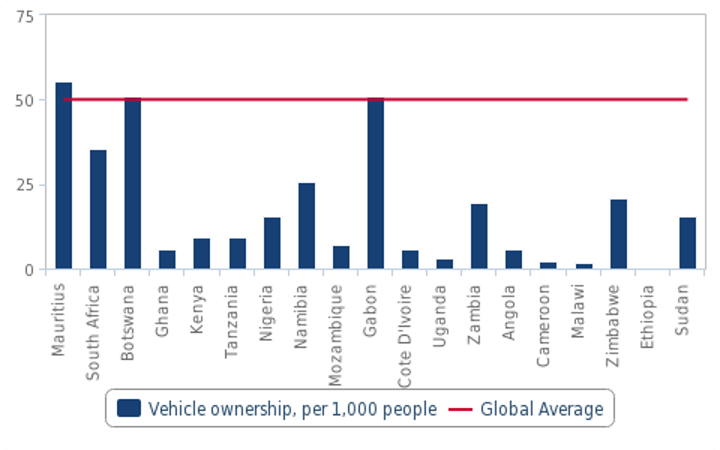 New vehicle sales data further shows a lower uptake in the African market than in the rest of the world. A report by the International Organization of Motor Vehicle Manufacturers (OICA) indicates that 833,015 new passenger cars were purchased in Africa in 2021 — compared to 3.35 million passenger cars in the US alone. With vehicle prices skyrocketing due to supply chain challenges brought about by the pandemic and a worldwide spike in fuel prices, the growth in new car sales continues at a glacial pace. And yet, less than 5% of vehicles in Africa are purchased via financing compared to 92% in Europe.

Outside of Sub-Saharan Africa, ride-hailing apps have partnered with both mainstream and alternative vehicle financing companies with the aim of onboarding drivers without access to vehicles. Uber, for instance, began in 2016 by actively leasing out vehicles to drivers through its subsidiary, Xchange Leasing LLC. Two years after its launch, however, Uber ended the program’s operations, citing losses that amounted to $9,000 per vehicle. The program also faced criticism that Uber was onboarding drivers “with little regard to the personal debt they were accumulating.” In India, Ola Cabs, a ride-share company, has taken particular initiatives in expanding financial options for its drivers, beginning with car loans and extending such efforts to an Indifi partnership giving drivers access to small personal loans. Ola has since acquired Avail Finance, a strategic move positioning Ola to become a credit provider themselves for drivers.

In a similar vein, Africa’s ride-hailing companies are partnering with vehicle financiers to provide their drivers access to and ownership of vehicles. For the car loan providers, ride-hail apps provide a source of data on the drivers that can be used to determine their likelihood to repay the loans over time. The revenue generated by drivers is put towards a down payment and subsequent installments of the loan either directly or indirectly, depending on the company specifics.

Such arrangements manifest in often varying financial circumstances for drivers. Nigeria’s ride-hail drivers, for instance, earn five times more than the minimum wage of 50,000 Naira (about $120). Drivers in Kenya earn about $300 to $700 per month on average, while in South Africa, they earn about $300 per month — a figure that is lower than the national average. 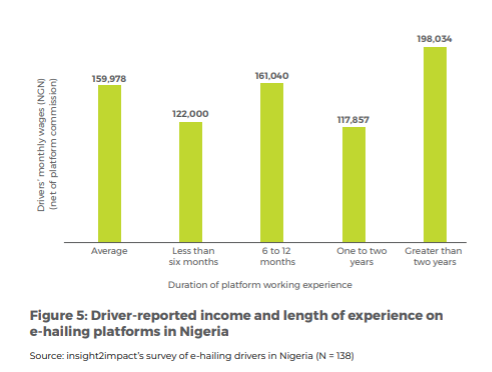 The majority of drivers in Sub-Saharan Africa do not own the vehicles they drive, instead renting or sharing vehicles obtained from third parties.

With tens of thousands of drivers across Africa, ride-hailing apps like Uber and Bolt have partnered with banks over the years to enable access to vehicle financing for drivers, but the results have not always been positive. Uber partnered with Kenya’s Stanbic Bank and Sidian Bank in 2018, where the banks financed about 500 drivers with 3-year vehicle loans. Two years later, local news outlets spoke of Stanbic auctioning over 70 of these vehicles, many of them in the models of previously financed taxis.

In addition, bank car loans are often out of reach for taxi drivers. They often include requirements that drivers can’t provide, like an active bank account, a credit history, guarantors and collateral. The second barrier comes in the form of high-interest rates. Nigeria’s banks, for instance, charge about 20-25% annual interest and require up to 50% deposit.

Recently emerging financing solutions offer comparatively better options. Moove, a mobility company that has also become Uber’s vehicle financing and supply partner in Africa, finances up to 95% of vehicle purchases and charges an annual interest rate of about 8-13%. Requiring only a driver’s license and the individual’s Uber account history, Moove leverages data from Uber’s driver details that includes their earnings, rider scores and work schedules, all of which contribute to their eligibility for an auto financing plan. The payment is then automatically deducted from the driver’s earnings over time, and the remainder is credited to the driver’s account. With its reliability in projecting a client’s ability to repay loans, the use of driver financial data has been replicated by numerous financing institutions, including East and Central Africa’s Ndai Africa, Hakki and Mogo.

Following in digital credit’s footsteps, social data is also being utilized alongside driver data. MAX, a Nigerian fintech mobility company, uses social data, a proprietary test, and driver app data to vet its clients. This has allowed MAX to work with motorcyclists and tuk-tuks as well as vehicle drivers both within and outside of ride-hailing apps, according to MAX co-founder Adetayo Bamiduro. Ride-hail driver data has been critical in reducing the risks involved in vehicle financing, creating a linkage between the apps and the financing companies.

“The platforms are to some extent the center of their (drivers) financial profile… It’s clear how they earn money — how many hours they [work] in each week, how much they [earn] by the hour, and with this data, you can establish a distribution curve of which drivers are in the upper or lower quartile, and which ones you think can sustainably afford the subscriptions they apply for.”
Tinashe Ruzane, Co-founder, FlexClub

The Reality For Drivers

Despite the relative improvement in accessibility of vehicle financing for drivers, the sustainability of these vehicle financing plans is waning as the gig work itself elicits diminishing returns. Kevin, a user of Ndai Africa, described to Mondato Insight how along with his monthly $400 installment, he must also pay a commission fee of 20% to Bolt or 25% to Uber per trip. With an average net income of about $20 per day, Kevin is left with as little as $2 per day once he pays off his installments. This is the reality for many drivers who are pushed to work long hours to make a living. Others in Nairobi have had to find workarounds like off-app trips, in which after getting a ride request, they sometimes negotiate with the rider to go ‘Karura’ (offline) to bypass the commission fees. As economic conditions worsen, the vehicle financing terms have not become any more forgiving.

“You can only manage to pay this much if you don’t have a family. [The loan is more suitable for] someone that is willing to sacrifice for three years living frugally, often waking up at dawn and sleeping well past midnight to achieve this.”
Dennis Wanyonyi, former Taxi Driver, Nairobi, Kenya

“Things are all good until you miss a payment. Then the loan multiplies. These companies love those who default on payments; those are their real customers.”
Ndung’u, Ride hail driver, Kiambu, Kenya

None of the eight drivers interviewed by Mondato had successfully managed to own a vehicle through alternative financing companies in the market. Melvin, who is seven months into servicing his loan with one of the alternative financing companies, expresses regret in taking the loan. Melvin must sometimes work for 96 hours per week to make the payments.

But options are limited for these drivers whose only financial records are mobile money transactions and the ride-hail app data. A former driver, Frank Ngugi, introduced a workaround to alternative financing options, in which drivers buy the vehicles directly from importers at the Kenyan ports; a strategy that worked for him. Yet the challenges of buying directly from the importer are numerous, as there’s a large upfront fee required (he paid about $2100 upfront for a $5,500 car), risks of getting scammed, long processing times and a shorter payment period of about 18 months. He, however, was able to negotiate his loan to a 12% interest rate. Though such workarounds may work for a few drivers, they clearly lack scale.

In this pursuit of vehicle ownership, many instead find their vehicles getting repossessed after having invested sizable amounts already. Misinformation and misunderstanding on loan structures also plague the alternative vehicle financing industry. Three out of the eight Nairobi-based drivers interviewed by Mondato describe being lured into a loan with a purported 2% interest rate, only to find that the actual interest rate is much higher, doubling the original cost of the vehicle. Drivers often mistake monthly interest rates as yearly rates. Facing unclear and predatory advertising, some drivers express the belief that certain financing firms are scams more focused on vehicle repossession than mutually beneficial relationships for the lenders and drivers alike.

Tinashe Ruzanne, Co-Founder of FlexClub, a vehicle subscription network, believes that targeted financial literacy efforts for individuals in the ride-hailing sector is important, but he believes a different model altogether is needed. FlexClub’s business model steers away from debt financing and vehicle ownership to subscription-based vehicle use among mobility entrepreneurs and private vehicle users. One challenge FlexClub has faced is getting people to accept the idea of mobility as a service, not a retail product.

“The customer base is most familiar with the concept of vehicle ownership. (Their aspiration to own a car) transcends what is rational. But we’re starting to see that mental shift, where people are realizing that a car is not an asset. If anything, it’s an expense unless you have the financial means to purchase a car in cash. And even so, as the opportunity cost [increases], your cash could go into more productive investments.”
Tinashe Ruzane, Co-Founder, FlexClub

While encouraging people to put their money into alternative investments, FlexClub is also looking into ways that the user’s financial profile can be used to help them access further financing opportunities historically denied to them, like credit cards and home loans. In the case of the ride-hailing app driver, the vehicle is an investment and a ticket to autonomy. And yet, mirroring the worst examples of digital credit that came before in places like Kenya, expanded financial access does not equate to better financial health.

It might be time to return to the drawing board and restructure the available alternative financing options. Might that include a radical reorientation of how we view vehicles as an asset? Perhaps.

However, it’s arguably too pessimistic to assume such workers simply can’t attain (in good financial health) vehicle ownership. An overhaul of the prohibitive fee terms demanded by ride-hail companies and the practices of predatory lenders would go a long way in improving the financial health of the industry’s customers, as we’ve seen with digital credit in some parts of Africa already Otherwise, with an overworked clientele, hiking fuel prices and the generally rising cost of living, there are likely to be more defaulters and crushed dreams than vehicle ownership autonomy in sight for these legions of ride-hail drivers.

The Conundrum Of Chargeback Fraud

Integrated Solutions: The Sole Path To Sustainability And Scalability?

Cloud And FinTech: Security Gaps Emerge
The Conundrum Of Chargeback Fraud
Is Alternative Financing Hurting Ride-Hailing Drivers?
Integrated Solutions: The Sole Path To Sustainability And Scalability?
King Cash in the Congo: A Tale of Three Cities