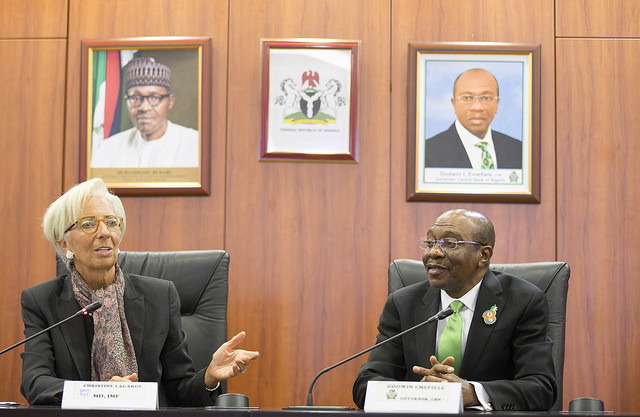 Although the dichotomy of bank-led and mobile network operator-led (henceforth referred to as MNO-led) mobile money regulatory approaches is not a perfect representation of reality, it is a useful framework to create broad groupings for comparison. The most consequential distinction between the two is that, in the latter's case, mobile money operators are not held to the same regulatory requirements as banks when servicing deposits or deposit-related functions. In the context of the former, however, those regulatory requirements are not relaxed. Mobile money operators are instead directed to partner with a bank, thereby becoming subject to the discretion of existing financial regulators.

The critiques leveled against bank-led models are not new: less dynamism, misaligned incentives (why would a bank cannibalize precious resources from its higher revenue activities to catalyze mobile money products for the poor or invest in agent banking?) and an out-of-touch understanding of mobile technology. So, is insistence on a bank-led model a death knell for mobile money and a weighty hindrance to financial inclusion? The wide spectrum of failure and success, in addition to bank-led model variations, leaves room for a more nuanced verdict. The likes of Nigeria, Bangladesh and India all tell different stories to the same question - what happens when MNOs are not apex on the mobile money food chain?

An advocate of the MNO-led model might very well center his opening arguments on Nigeria, whose experience is perhaps the strongest evidence around in proving a casual relationship between a bank-led model and the deflation of mobile money. While Nigeria is not technically a pure bank-led model (more on this to come), it is just about the furthest extreme away from a MNO-led model possible. Citing the monopoly spawned by Safaricom in Kenya, a setup which could expose the country to systemic risk or compromise national security goals, the Central Bank of Nigeria actively sought to defang the MNOs.

In fact, according to the Guidelines on Mobile Money released by the Central Bank of Nigeria (CBN), the involvement of MNOs is capped at providing the rails. Their role is explicitly defined by the following provisions:


Now, non-bank entities are indeed allowed to apply and hold licenses as Mobile Money Operators (MMOs), so long as their domain distances itself from managing telecommunication network infrastructure. Paga and Fortis Mobile Money are two such examples.

Similar to banks, non-bank participants are also at a disadvantage in their efforts to replicate the sheer span of MNO-style agent networks. Aware of this structural barrier, the CBN has attempted to harness MNOs' agent power without conceding its competition-friendly ethos. This was epitomized by its approval of Globacom's launch of GloXchange, a 500,000-strong mobile money super agent network that would be at the disposal of Ecobank, Firstmonie (a subsidiary of First Bank Nigeria), Stanbic IBTC, and Zenith Bank. Still, banks stand to gain too much, and MNOs too little, to properly incentivize fruitful partnerships in the deployment of mobile money (as demonstrated by the chart below).

The numbers on banking and mobile money penetration reflect an overly saturated (21 MMOs are active), messy and siloed market, as licensees have busied themselves building up their respective agent networks independently. Bank account ownership in Nigeria dropped 3 points in 2016 (from 37 to 34 percent) and 6 points in 2015 (from 43 to 37 percent), likely due to the introduction of a stamp duty of 50 N50 (USD 0.20) on bank customers and the deactivation of accounts not compliant with bank verification number (BVN) policy. Of concern, women and low-income customers accounted for much of the attrition. Increased mobile money adoption did scant to recoup the losses, with registered mobile money accounts moving from only .6 to 2 percent between 2015 to 2016.

Unlike Nigeria, Bangladesh is a more absolute application of a bank-led model. The Mobile Financial Services Guidelines serve as the foundation of its mobile money regulation. It stipulates that only scheduled commercial banks and their subsidiaries may seek a license from the Bangladesh Bank to handle digital currency. Non-bank entities, while precluded from mobile money, may offer ancillary services (such as a communication channel or act as agents) or be investors in a MFS subsidiary.

What has emerged in Bangladesh from regulatory conditions akin to that of Nigeria, however, is quite particular. While the CBN may imagine the exclusion of MNOs as a blueprint for competition, one mobile financial services player has risen from the heap in Bangladesh (over 20 providers are licensed, but of those, only 11 have materialized that license into real offerings). bKash, a subsidiary of BRAC Bank, claimed 58 percent of market share as recently as 2015; that monopoly has consolidated to 80 percent as of 2017. DBBL Mobile Banking was a marginal rival, with 17 percent of market share attached to its name.

And while MNOs cannot break out as solo forces, the legal footing provided by the subsidiary clause has given them pause to reevaluate their marooned status. In 2015, Axiata Group formed a subsidiary with Trust Bank (the latter holds a requisite 51 percent stake) in order to better engage the mobile money and banking ecosystem. Although this has translated to only dashed success, especially against the baseline marker of bKash, Robi Axiata's recent merger with Airtel might improve its reach and momentum.

Of the 163 million Bangladeshis, only 1 in 3 has access to a formal financial account. The bank-led model here, to be fair, has certainly permeated farther into unbanked areas than Nigeria, with 22 percent of the adult population counted as mobile money users. This comparative progress is likely due to bKash's corralling nearly 90,000 agents, a feat made possible by the MNO-heavy background of many of its executives. Outstanding issues, nonetheless, remain. Both unfair USSD pricing by the MNOs (fueled in part by their omission) and lack of interoperability affect the rates of mobile money adoption and usage.

In 2013, IFC's Mobile Money Scoping Report singled out India's bank-led model as a contributing factor to the low growth of mobile banking. At the time, MNOs and non-banks could only expand into mobile money as either a semi-closed Prepaid Payments Issuer with stringent wallet cash-out protocols or a business correspondent of a bank, thereby handing over their agent network to process 'branchless' financial services.

As India's market matured, its bank-led model was suffocating product depth, as access to domestic transfers, billing and payments through the mobile - services that were "in-bounds" so to speak for Prepaid Payments Issuers - are only a sliver of the potential value of digital financial services. (Nigeria and Bangladesh, too, will wrestle with this problem if they intend to not only promote mobile money adoption but usage, and transcend the cash-out dilemma.)

Instead of forsaking its bank-led model, India re-conceptualized the treatment of deposit-holding institutions on the the basis of asset size and risk profile. A tiered system was proposed and the idea of a payments bank was born. Non-bank entities, if granted a payments bank license, would be entitled to extend payment and domestic remittance services in addition to demand deposit products. Lending will continue to be off-limits. There is an INR 100,000 (USD 1,492) limit on bank balances, which will earn 4 percent interest. Importantly, payments banks must maintain both a net worth of INR 100 Cr (USD 15M) and a leverage ratio of at least 3 percent.

While these regulatory burdens are higher than those asked by MNO-led models, telcos are far from dissuaded. Of the eight 'in-principle' payments bank licenses still in play, four of them have a MNO as one of the founding shareholders. Although the impact of payments banks on financial inclusion is not yet measurable, a differentiated approach might unshackle regulators smothered by inflexible, but-with-precedent bank-led models. Even Godwin Emefiele, Governor of the CBN, admitted last year that Nigeria may have to reconcile with a MNO-led model soon. While bank-led models are unlikely to abandon their regulatory regime anytime soon, it seems that even the most stubborn regulators are open to tweaks when faced with stagnation.

Sesame Credit: Back Door To A Dystopian Future?

Chilly Winds Of Change For Banks?