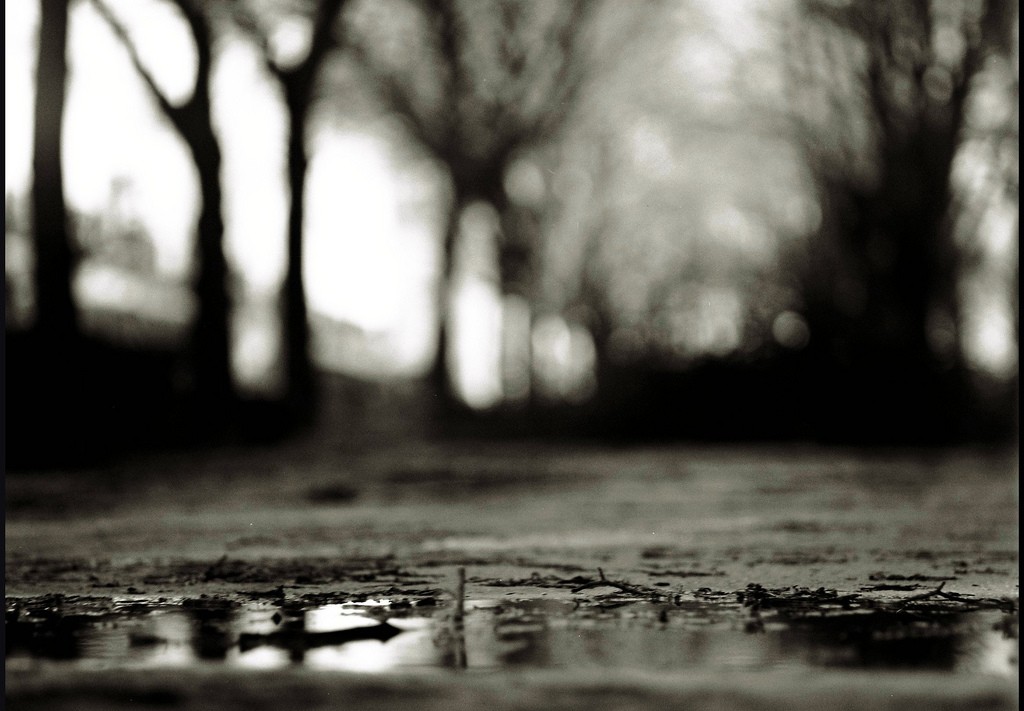 Despite disruptive business models building momentum towards increased digitization in financial services, it is likely just a matter of time until diminishing returns set in as the lowest hanging fruit is plucked first. While not necessarily a case of market saturation, far from it actually, competition and the search for revenue in less obvious places may prove trying. Even disruptive entrants or re-energized incumbents may eventually reach their limits as to who they are well-suited and able to serve. This apparent no-man’s land in between would represent latent demand which falls between the cracks as competing approaches brawl it out for the most attractive customers.

A Financial Hall Of Mirrors

Traditional banks are a prime example, with costly branch networks absent (or vanishing) in many areas. Even if such branches did exist, bottom of the pyramid consumers would likely find account maintenance and other fees to be a non-starter in opening accounts. And while perhaps the story of mobile network operators (MNOs) stepping into this gap with agent transactional banking might feel a bit old and overplayed, this trend continues across several sectors and services as traditional and parallel providers are increasingly approaching each other’s turf.

In addition to MNOs and mobile money, a product that is still heavily skewed towards remote airtime deposits and person-to-person remittances, new forms of banks are also emerging. The Central Bank of Nigeria recently announced State-sanctioned exploration and licensing in payment service banks.

Payment service banks would basically act as an interface between the cash and electronic payments realms through ATMs and other technological channels, along with debit and prepaid cards, payments and remittances. It is a technology-focused approach to bringing greater access to the digital economy. As such, there are no loans or credit cards provided by these banks, which also means that they face smaller capital reserves and overhead expenses.

Remittances are another prime area of new entities and business models entering a space which had remained mostly unchanged for decades, even as financial wizardry and booms and busts have impacted the overall banking sector. Banks and money transfer operators have long relied on the correspondent banking and SWIFT rails for cross-border transfers.

This has left space for more recent entrants, who have linked mobile money accounts by creating hubs that allow old-school providers to integrate with MNOs in other countries. International remittance hubs have drastically reduced transaction fees as a percent of value for amounts commonly seen for migrant laborers sending money back to families. Of course, the corridors covered are far from universal, and usually only connect select providers in originating or recipient markets.

Sometimes these parallel tracks extend to the regulators themselves. In an era of convergence, it is not always clear who should have the mandate to establish and enforce rules. This has been most obvious with telecommunications and Bank or Finance regulatory bodies, especially with the above examples. Mondato has written extensively in the past about attempts to force a bank-led structure to digital finance & commerce, specifically mobile money, and the headwinds this has created. Yet there are obvious benefits from an agency well versed in the complexities of banking for managing systemic stability. The trade-offs between proactively mitigating risks and extending access are not always obvious.

Despite increasing digitization, innovative propositions and alternative providers, there still remains a gap between what both formal and informal channels may be bringing to the table and overall addressable market and latent demand. Payments banks are one such example, an acknowledgement that new types of entities may be required to address those that are traditionally excluded, and perhaps even doing so with a more targeted portfolio of services.

The situation in India is worth closer examination. With account deposits limited to one lakh rupees, or a bit less than US$1,500 at recent exchange rates, these accounts are obviously not intended to be the formal savings accounts which will take individuals well into retirement, even for the lower-middle class able to set aside a bit of money. But that is as it should be, the license is after all to be a “Payments Bank.” It could be argued that major payment providers, such as PayPal and Alipay, are payments banks' conceptual precedent, having gained scale by facilitating the payments for major e-commerce platforms.

India has its own examples of payment providers riding the success of e-commerce as a means for significant growth, as with Paytm and PhonePe. The former has been building its own ecosystem through an aggressive strategy of acquiring a range of digital service providers while the latter’s association with Flipkart has played a major role. And Paytm has in fact been licensed as one of the 11 payments banks, though operating as a separate legal entity to its namesake.

However, there have been a few hiccups along the way for several of the payments banks, especially as they have not always fully complied with the restrictive licensing conditions, with some even put under a freeze from opening new accounts. Some of these fines could also be interpreted as the payments banks partially being victims of their own success, trying to stretch the limits of their licenses to the still underserved, no-man’s land.

Growth of these banks has likely benefited somewhat from India’s national identification program and Aadhar, which provides unique identifiers linked to biometrics. Having been compulsory for all until just recently, this costly but ambitious initiative allowed almost all citizens to more easily navigate the KYC requirements for those new accounts.

The important contribution here is that each citizen has a readily available “kernel” of recognized identity around which a “file” of transactional and financial histories could be developed. This is important for “qualifying for assessments,” a concept which Mondato sees as a game-changer for individuals to, at a minimum, have the requisite registrations and information to participate in an approval process (regardless of the ultimate decision), whether for credit or other.

Payments banks could play an important role in the financial journey for many previously excluded individuals. Transactional histories can ideally provide proxy data points which may take the place of traditional credit scoring criteria such as on-time loan repayments, credit usage or age of accounts. Such financial identities, facilitated by national identity registrations, would then provide formal transactional histories for more advanced services by those licensed to provide them (e.g., personal loans). This provides “thicker” files through alternative data, as available, and inclusion for a larger share of the population.

Cambodia provides another case study. The government highlights a lack of financial inclusion for factory and agricultural workforce as a potential risk to recent economic growth, with 40 percent of the population not having access to formal bank services, a very large no-man’s land. “Specialized” banks can only offer one of three core banking services: either loans or payments, but not deposits. Some entities see it as a transitional step from a more limited microfinance license to a full commercial bank, yet in progressing through those phases undoubtedly carries large cost structure implications as well.

So while perhaps a tempting evolution for senior management chasing market share and revenue, it may be less of a driver for increased financial inclusion. Increasing capital requirements are partly to blame, with specialized banks having capital requirements of US$15 million, much more than then US$1.5 million for MFIs without a deposit taking license, and perhaps outclassed by MFIs holding the US$30 million required to take deposits. In this case, difficult decisions over what services to offer for competitive positioning are complicated by regulations.

The difficulty in qualifying for assessments is a problem across many markets. It is estimated that in the United States itself 25 percent of consumers are “thin file” and will face significant obstacles in obtaining credit. Formal identity alone is insufficient for financial inclusion, perhaps a warning for initiatives elsewhere overly focused on the pure number of registrations.

New ways of supplementing identities and files with complementary data or analytics may therefore be required. Some suggestions include on-time apartment or home rental payments, successful payday or short-term installment loan repayments (considered to be an alternative financial service in the U.S.), new risk models specific to thin-file applicants, or permissions by the consumer to share additional financial information.

An example of the last item is UltraFICO, a credit score for thin-file accounts or individuals who believe that their scores do not reflect their credit worthiness. For those who grant access, it incorporates checking, savings or money market account statements. This opt-in service trades some privacy for transparency, and may motivate borderline cases where the additional information allows for approvals.

Governments are also experimenting with smart IDs. Nigeria has once again taken up a national registration and identification initiative after several notable attempts this past half century. While suffering a few implementation issues initially, the program is seemingly headed in a better direction. The card itself (not issued to everybody, but available to nationals aged 16 or older) contains a smartcard that can handle up to 13 “applets,” one being MasterCard, while a firewall keeps all transactional functions separate from personal identification details and biometrics.

Finally, we can always pull out the measuring stick of free markets and capitalism as to which trends may be gaining momentum. Identities and scoring are definitely gaining some attention based on valuations and acquisition activity.

Credit Karma is now one of the most valuable fintech firms in the world. It is a platform for monitoring one’s files and scores, putting the company in a trusted and enviable position for promoting lenders to consumers. It claims to have facilitated US$40 billion worth of credit and loans. The company’s story includes the recent purchase of Noddle, one of the first credit check apps in the U.K., from TransUnion. TransUnion, itself, just completed a US$1.3 billion acquisition of CallCredit, a company that advertises itself as fostering valuable customer relationships through data, analytics and software for smarter decisions throughout the customer lifecycle.

Many of these companies are taking identities well beyond verification, piling on to offerings with more sophisticated fraud schemes and credit scoring. And rightly so, especially as excitement grows around propositions which will become a key part of customer engagement, from frictionless payments to new products like fraud detection or service personalization. On that front there is great opportunity for further collaborations as identity “kernels” and “files” potentially complement each other going forward.